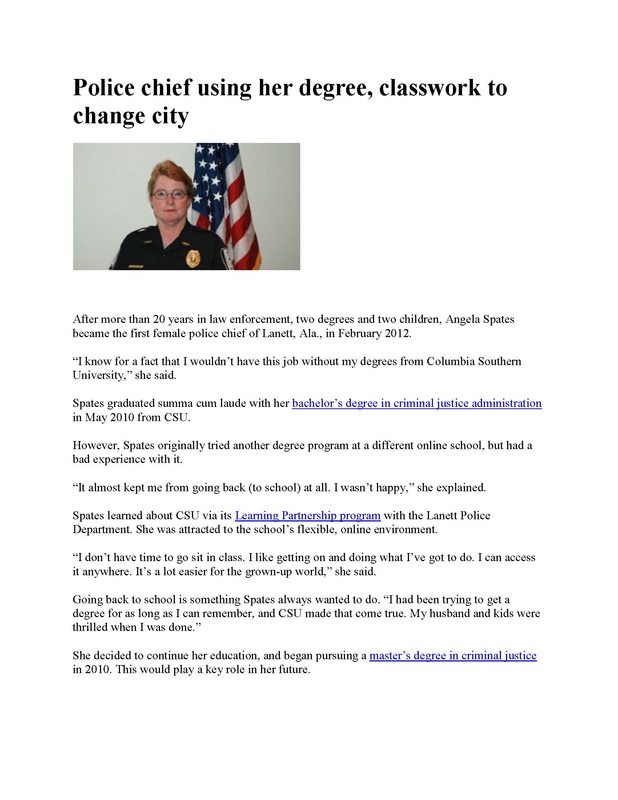 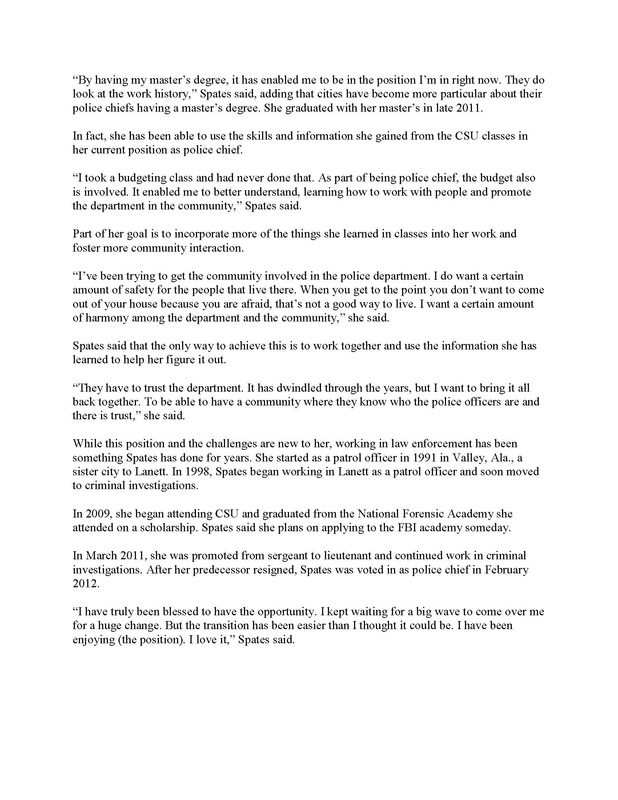 For some people, to continue being creative after 50 years would be impossible.

But singer and songwriter Neil Sedaka said he has is driven to keep the creative force alive.

"After 1,000 songs, the blank piece of paper is very scary. You have to have a lot of ambition and creative drive. I always try to reinvent Neil Sedaka," he said in a phone interview.

Sedaka will be performing all his big hits and some new songs 7 p.m. March 28 at the Sunrise Theatre in Fort Pierce.

"I worked with him five times at least. He's a great man. He's a rich performer. He always puts on a great show," said Sunrise executive director John Wilkes. " It'll bring a lot of memories back for those in attendance."

This won't be the first time the veteran songwriter and performer has been to the Treasure Coast. He performed has performed in Vero Beach and Jupiter.

"Florida has always had a certain charm for me. When I was 18 and dating my wife, before we got married, we used to drive from New York to Florida. We've been going periodically ever since," Sedaka said.

The 73-year-old first gained fame after Connie Francis recorded his "Stupid Cupid" song in 1958. He went on to sign a contract as a writer and performer with hits such as "The Diary," "Oh! Carol," "Stairway to Heaven," "Calendar Girl," "Breaking Up is Hard To Do" and more.

Besides hit songs, he's also inspiring the younger audience. He appeared on the second season of "American Idol" as a guest judge in 2003, and Clay Aiken sang his song "Solitaire."

"It was thrilling being on ("American Idol")," Sedaka said. "It's nice to know the songs will outlive me. It's very wonderful."

Sedaka says audience members will see a great performance and should look forward to hearing all his hits.

"I love to sing. It's an adrenaline rush," Sedaka said. "You get that endorphin feeling. It's something that keeps me young." 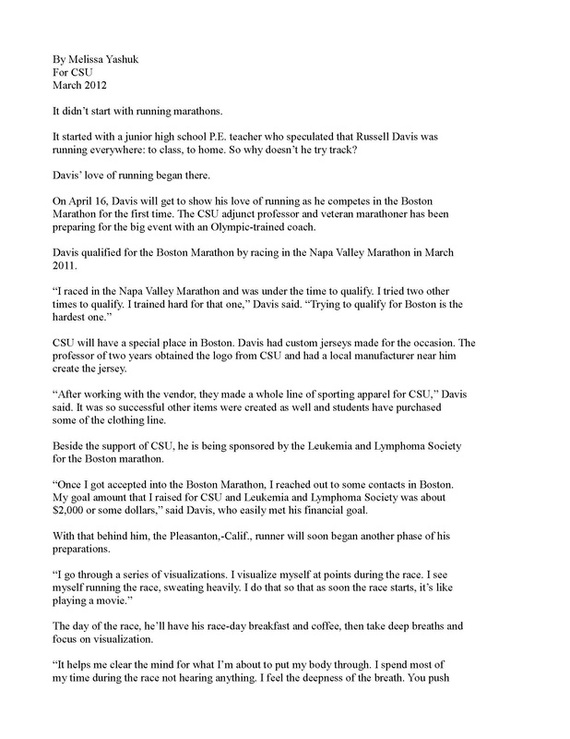 Junior League of Martin County has been working with the Gertrude Walden Child Care Center for the past three years in supporting the children with different programs.

This year they introduced the first Health Fair for these families on Oct. 20 at the Gertrude Walden Building.

The goal was to provide the parents with as much information possible related to health, and the children were able to have exams and be seen by specialists. To accomplish this goal, Junior League invited more than 20 local agencies and some recognized specialists from the area to be part of the fair.

About 300 people attended the event and at least 100 of those were children who had the opportunity to have eye and dental screening thanks to Dr. Reza Ardalan, Dr. Amy Lindstrom, Dr. Shannon Gallinis, Dr. Beau LaGuerre, Dr. Allison and Shannon Kerner. The children also had the opportunity to be measured, weighed and have a screening done by The Early Learning Coalition as well.

All the adults could be checked for cholesterol levels thanks to Martin Memorial Fitness Center and every child left the center with a bicycle helmet and a tote bag with health supplies, and those who qualified for booster seats took one home. Junior League also served brunch for all of them.

Colleen Specht from Martin Memorial performs a cholesterol screening at the Health Fair. Junior league member Kristen Ritter gives a student of the Gertrude Walden Child Care Center an eye screening. Emilio Gonzalez from the Early Learning Coalition screens a student's ear. Junior League member Lorraine Ferina gives a child a bicycle helmet donated during the League Hat Day. About 300 people attended the event and at least 100 of those were children who had the opportunity to have eye and dental screening thanks to, from left, dental hygienist Shannon Kerner, Dr. Amy Lindstrom and Dr. Reza Ardalan.

Whether it's to provide inspiration or information, more Treasure Coast residents are opting to share their life experiences or other thoughts in the form of books.

Here are some titles that have been submitted to Scripps Treasure Coast Newspapers. More local authors will be noted in the months to come.

Lois A. Silvia of Stuart wrote "Kissing the Wrinkled Frogs."

This is a humorous book directed to the over-50 woman who is searching for love through online dating. In between chapters is philosophy on finding love.

Silvia was an editor of a trade magazine before retiring to Florida. She has published two poetry anthologies.

To purchase the book, e-mail johnsil@bellsouth.net, or purchase it online at www.ebookstand.com/m/

This historical novel is a tale of war, peace, prophecy and the fate of a league of nations. As a group of settlers to the New World made peace with the area's Indians, eight belts of white wampum were sent by an American Indian chief to William Penn, but they were lost to the ebbs of history. This novel offers one explanation of their disappearance.

McConahy is a retired doctor with a degree from Harvard Medical School. His first book was "The Ronda Solution."

The book can be purchased through the Web site www.authorhouse.com for $22.95.

The book is about the United States' moral decline, from robustness to decadence. Massey explains how, in his view, self-indulgence and irresponsibility have eroded national underpinnings.

Massey grew up near Thomasville, Ga. He has authored six national and international books for professionals. He will appear in the 59th edition of "Who's Who in America."

The book can be purchased from the publisher at www.publishamerica.com for $16.95.

Millar's book is an action romance. It deals with illicit affairs, blatant corruption and racial tensions that tear apart a wealthy Southern community in the 1950s.

Millar received a degree in business administration from Washington and Lee University in Lexington, Va. This is his first book.

"Rayleen" is a contemporary romance novel. It's about a woman longing for a career-launching project, who convinces a representative to hire her. She moves from Los Angeles to Texas to start a new life.

Ellis, a native of Vero Beach, is a graduate of Vero Beach High School and a local business owner. She's a member of the National League of American Pen Women and the Florida Writer's Association. "River of Grass" was her first book.

The book can be purchased through the publisher at www.whiskeycreekpress.com, at the Vero Beach Book Center, or by contacting the author at www.laura-ellis.com. The book is $13.95.

Though author Fowler is Austen fan, 'Book Club' readers don't have to be

Do you like reading Jane Austen? Well, it's not necessary to have read or to enjoy reading Austen to enjoy "The Jane Austen Book Club," by Karen Joy Fowler, the author said at the Tuesday meeting of the Literary Society at Northern Trust Bank in Stuart.

The book is set near Fowler's home in Davis, Calif. It begins with a group of friends who read Austen's books and revolves around their lives.

Fowler offers readers assistance by providing plot summaries of Austen's novels at the back of the book.

Fowler was inspired to write this book after she saw a sign at a nearby bookstore while attending a reading by another author. She thought the sign for The Jane Austen Book Club was for a book, and then discovered that it was actually just for a local Jane Austen book club.

She wrote the first half of the book at the MacDowell Colony, a retreat for writers and artists, and the second half in 1 1/2 years.

This is the first contemporary novel for Fowler and the first one written close to where she lives.

least once a week.

Fowler graduated from the University of California at Berkeley and has two children.

Small seeds of change make a difference in the city

Rows of leafy veggies wait for the next harvest. Workers diligently prune the plants. Women carefully look over the stems, selecting a ripe tomato or a head of lettuce before moving on to the next row. The sun warms the plants, and a wind blows the stems lightly as customers browse the selection of produce.

Nearby, cars breeze by, families talk in the streets and children scream in delight as they are playing. An ambulance can be heard in the distance.

This isn't your typical farmer's market. The vegetable garden is part of a program called Roots in The City in Miami geared toward improving the community of Miami and the inner city of Overtown. The nonprofit hopes that by creating beautifying projects, it will create jobs and establish gardens and tree nurseries in the community.

The program was founded by Dr. Marvin Dunn 17 years ago. He was born in Volusia County and is a community psychologist and is retired from Florida International University. He retired as head of the Department of Psychology in 2006. He taught psychology for 34 for years at FIU.

Dunn started the project by bringing students into the city. The program now employs eight people from the community. Many residents from the city and college students also volunteer on Saturdays.

"In the inner city, there was no place to be beautiful just for the sake of being beautiful. The main reason it was started was to develop jobs for the people in the community," Dunn said.

Volunteers and residents spend time working on the projects. Produce grown from the vegetable garden also is donated to area schools, community agencies and homeless shelters through giveaway programs. Area markets and local stores also sell some of the produce grown in the gardens. The vegetable garden is located across the street from the Mount Zion Baptist Church. The vegetable garden grows collard greens, tomatoes, cucumbers, pumpkin, bananas, mangos, lettuce, green beans and more. It is maintained every day. From start to finish the grow cycle is three months until the produce is ready.

The main botanical garden is located across the street from the Overtown Youth Center. The garden can be seen from Interstate 395 on the way to Miami Beach. It is mostly a tree nursery, with fruit trees and mango trees. The gardens are in vacant lots all over town and there are about 15 acres of botanical gardens all over the city.

"We’ve never gotten a mango off the tree," Dunn said. People in the community pick them, he said.

On Jan. 1, the project is getting ready to expand into other communities, such as Dania Beach and Liberty City, an African-American city north of downtown.

The program is always accepting volunteers or students looking to do community service.